So as I said near the start of the year, I have one challenge with three separate parts running this year. It’s an alphabet challenge, so I need to read a book with a title, an author first name, and an author last name for each letter of the alphabet. When I last updated I was a quarter of the way through the year and trucking along nicely. Now that’s it’s the first week in September (or probably the second week now, since it’s the 9th) and there are only four months left in the year, so we’re two-thirds of the way through, I’m starting to realise how many gaps I have left to plug!

But here’s how I’m doing so far:

I’m really pleased with how titles are going. I have only two let to fill – K and Z – and I already have books picked out for both of those. Zenith, one of the proofs I picked up at YALC, and A Knight of the Seven Kingdoms, which I’m waiting for my dad to finish, since we’ve borrowed it from my sister. This is one that I’ll definitely get done before the end of the year. My only question is whether I’ll be able to complete it without doubling up on books. Felicia Yap – Yesterday was, until last week, the only book in title, first name, and surname! 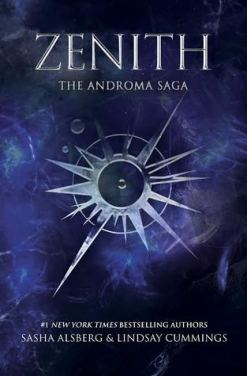 This one isn’t doing quite so well. I’m still missing I, Q, U, X, Y, and Z. I’ve got books lined up for I, U, X, and Z (Ian McEwan, Ursula LeGuin, Xavier Neal, and Zoe Mariott), but I’m struggling hard to even find books for the other letters, let alone read those books. I’m gonna have to start doing some serious research soon. Thankfully it’s only two letters to actually think of authors. If anyone happens to love a book by Quentin someone, please do let me know!

Only three books on this list left, but they’re really tough ones – Q, U, and X. Again, I’m having trouble even coming up with things to fill the gaps with, let alone sourcing and reading them. I’d appreciate any suggestions for these gaps as well!

So with four months (or just under) to do, I still have 11 categories to fill with even one book. I haven’t actually tried to see if I can do everything without any dual reporting of books – I’m going to leave that until after I’ve filled all the categories, I think. Don’t want to try and run before I can walk!

Although I did once read a book where the MC had a younger sibling who could run but not walk. There might actually be something in that?? I will consider it further!

Four months. At least 11 books. I reckon I can do that, right?